Rate this item
(0 votes)
The Vukovar city area conducts pre-school, primary, high and higher education. Pre-school education is in the jurisdiction of the City, primary and high school is in the domain of the VS County, while the state government is responsible for higher education.

There are seven primary schools in Vukovar, with two local schools in Vukovar, one in Lipovača and one in Sotin. Vukovar also has a special primary school OŠ Josipa Matoša for children and youth with developmental difficulties, the only institution of that type in the VS County. The school year 2013/2014 enrolled 2.053 pupils 13% less than in 2008/2009, when 2.318 pupils were enrolled

Existing primary schools have the capacity for more pupuls than currently, and the construction of new classrooms would allow for organising class in one shift


High school education in the VS County is distributed across 16 institutions: 4 grammar schools, 20 trade schools (12 technical, 8 industrial and trade schools), 1 art school and 2 high schools for youth with developmental difficulties.

Nikola Tesla technical school is an educational institution for high school professional education for youth and adults. There were 442 enrolled in 2013/2014 for the regular programme, with 80 in the adult education programme. The school provides education in four fields - mechanical engineering, electrical engineering, geology-mining-oil and chemical industry, as well as leatherworking and chemical technology for adults for 18 vocations.

High school education for youths and adults is also conducted in the Trade school, which has programmes in hospitality and tourism, agriculture, veterinary and food technology; economics, trade and business administration, textile and leather, construction and geodesy; personal and protection services; higher and primary education of adults. The school has the capacity for 700 to 750 enrollment in the regular programme and the adult education programme. In 2008/2009, the number of enrollments was 637 pupils and 150 adult learners. In 2013/2014 there were 510 pupils and 10 adult learners.

The Vukovar school of Economics enrolled 420 pupils in 2013/2014, while there were 462 enrollments in 2008/2009. Pupils are educated in economics, trade and business administration.

Higher education in Vukovar is conducted in the Polytechnic Lavoslav Ružička (VEVU). The Polytechnic was founded in 2005 as a continuation of the former dislocated study programmes in Osijek and Split. In 2013/2014 there were 1.093 student enrollments for three programmes: physical therapy, administration and trade. VEVU has an active student Entrepreneurial Incubator.


Number of students in higher education in Vukovar

The City of Vukovar incentivizes higher education of its citizens with scholarships, so it currently awards scholarships to 255 students studying in universities and polytechnics in Croatia and abroad (table 7). According to data available for the academic year 2014/2015, of the total number of 255 scholarship holders, the greatest portion of students from Vukovar attend the University Josipa Jurja Strossmayera in Osijek (147), followed by VEVU (47) and the University of Zagreb (30).

Number of scholarships granted by the City of Vukovar 2014/2015

The Studium School is an institution for adult education, active for qualification, re-qualification, training and professional advancement of its students. Some of the programmes are annually completed by approximately 100 students.

Education and training programmes of the Studium School: 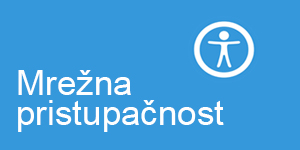